The Electronic On-Ramp: Thinking Unconventionally in a Changing World 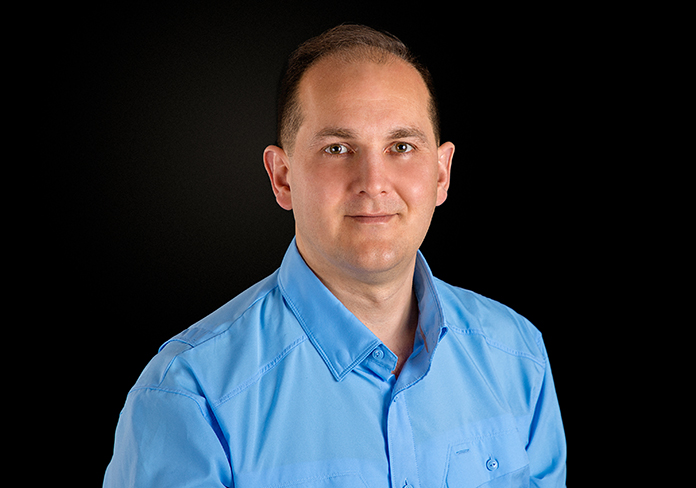 Starting a company, building infrastructure, and devising complex solutions for the information superhighway would be a stretch for most people, let alone a 13-year-old. However, for Robert Beringer, CEO & Founder of Electronic On-Ramp (EOR), it was just the logical thing to do. But we’re skipping ahead. The seeds of EOR were planted at seven, when he started programming computers, at nine, when he scored out of high school, and at 10 when he started working full time. Bob lives (and he engages in life fully) where curiosity, passion and a great sense of purpose intersect. Draw a timeline, and you’ll see how each experience led to the next – and set the stage for his own journey.

An Unwavering Spirit To Serve

Military service is transformative experience under “routine” circumstances. In Bob’s case, it opened his eyes to all the ways both he personally and his company could perform acts of patriotism, heroism, and compassion – not only in the U.S.A., but around the globe.

As Beringer recalls, “after 9/11 we did some really cool things in the special operations community, learned a lot of advanced tactics and we brought a lot of those concepts of operation into the commercial space, with a significant focus on managed Security Services and Network Operations.”

Although he can’t go into the details of what he did and where he did it, high-level highlights include:

Going on once-in-a-lifetime missions with exceptional people had a profound effect on Bob, and he would take those experiences back home to EOR and the Federal government space. After a stint at the military intelligence community working with special operation specialists, he opened EOR’s Washington, D.C. – area office. This time, Beringer was joined by one of a former Delta Force Operator that cut his teeth with the 5th Special Forces Group (SFG), a former Counter intelligence Agent from 10th Special Forces Group and another networking guru that ran the White House Communications Agency (WHCA). “Coming from kind of a purple force or kind of multidisciplinary special operations background,” Beringer says, “EOR started out with expert representation from all of the different services.”

Together, the new team re-vamped EOR. It marked a new beginning for the Electronic On-Ramp – and there was no turning back. Establishing themselves as an undisputed leaders in host services from network security to managed security services, the company today has the largest MSA (Master Services Agreement) with CenturyLink, where EOR designed solutions to protect one third of America’s Infrastructure. EOR did the same thing for AT&T in support of global managed security operations around the world for the Navy and Marine Corps, founding the US-CERT, National Communication System (NCS), protecting all the money at the U.S. Internal Revenue Service (IRS), the life safety networks at the Pentagon and supporting advanced infrastructure projects for Department of Homeland Security (DHS) and the majority of the intelligence community.

Moreover, EOR invested nine months educating, coaching, and sharing with all of the major security architects of CenturyLink how to converge, reduce costs, increase efficiency and create optimal levels of operational integrity at each layer of their clients’ networks while focusing on the human elements involved in every aspect of our daily lives and globally connected activities.

Once again, Bob drew on his military experience for insight. “In the past we’ve had operations in security with separate budgets and separate missions, yet they used a lot of the same tools. It reminded me of my time in the military where operations drives intelligence – unless you’re in the Air Force where it’s the reverse.”

Under Beringer’s leadership, EOR was also entrusted with many important responsibilities—from manufacturing the cryptography for an important agency in the federal government to running the security and infrastructure for another one of the largest agencies in the U.S.

What differentiates EOR from other solution providers in the industry? While it has some of the most advanced cryptographic solutions as well as the most intense operational solutions for all of data centers and for all the networks around the planet, EOR has an Autonomous Systems (AS) of its own and has invested in a massive BGP enabled network. “We’ve got multiple platforms. We’ve got high-security data centers with man traps and biometric access. And we have the ability to do things at the next level,” adds Beringer. You don’t have to take their word for it, EOR was measured against more than 136 other MSSP providers and other security companies from around the world by the folks that run the financial harbor that is entrusted with guarding the majority of the money in the Middle East – and EOR easily won the highest technical award by the Government of Bahrain and beat out all of the other commercial competitors and other nation state sponsored organizations.  It was said of EOR at the time that “if you have a problem and need it solved fast, economically, and with precision – you cannot do any better than Bob Beringer and EOR. ” Furthermore, Bob is a United States Marines wartime hero, and brings the commitment to support our people at home and overseas that he himself would desire in life threatening situations. EOR has done just that: protected all of the lives at the Pentagon and throughout the National Capital Region, Tier 1 DNS for the Global Top Level Domain (GTLD) network, worked with global law enforcement person to resolve the PANIX Hijack and restored the stolen IPS back to its rightful owners, built collection platforms, performed signal level analysis, SS5 & SS7 telecommunications support, built solutions for single packet analysis, advanced forensic activities and even won the contract to perform the first interplanetary forensics investigations. The service that EOR provides is truly out of this world. EOR’s lead technician has earned multiple awards and challenge coins from the astronauts on the International Space Station for building the best computing platforms to support ongoing missions for NASA.

The company has also built strategic relationships with vendors and its customers around the world. For instance, the company has been working with one of the largest  government organizations in the U.S. for the past 20 years. And the reason behind these long-lasting relationships is the company’s continued commitment to evolving ahead of their client base, providing leap-ahead value and best-of-breed services to its customers.

The company has also built strategic relationships with vendors and its customers around the world. For instance, the company has been working with one of the largest  government organizations in the U.S. for the past 20 years. And the reason behind these long-lasting relationships is the company’s continued commitment to evolving ahead of their client base, providing leap-ahead value and best-of-breed services to its customers.

Beringer is one of the first 20 quantum computer certified programmers in the world. Considering his vast experience in various fields, IBM paid him to become a published author and write a book on supercomputing (high-performance parallel computing) at the tender age of 27. All of this leads to Bob being entrusted with the network communications for the White House, FEMA and for the Vice President of the United States of America.